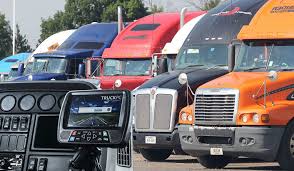 The latest report on freight transported showed another decline, but still, the American Trucking Associations (ATA) doesn’t believe that the economy will slip into a recession. Fortunately, despite the volatility, the ATA’s last few monthly truck tonnage reports are still trending upward. The ATA’s tonnage data is particularly dominated by contract freight, which has been performing much better than the spot market. In fact, compared to the same time one year ago, the tonnage index is up 4.2% year-to-date.

Yet, other analysts are quick to dismiss tonnage and consumer data, whether it be because of weather, flooding, an inventory sell-off, or more. Has the American consumer lived up to expectations throughout the trade war and other economic headwinds? Whether it be trade visibility or a slowing industrial or manufacturing sector, there is plenty of uncertainty in the transportation sector.

As a result, there is a belief that freight volumes undergrow economic activity for at least the first six months of 2020. With first quarter economic growth expected to be between 1.5% and 2.0%, trucking and transportation companies hope to see inventory growth come more in line with actual economic growth.

It is also important to consider that the transportation sector is about more than just trucking. The current rail data shows that rail transport is 6% in the red and still falling. In fact, overall sector weakness has broadened from 11 to 14 commodity groups as we move into the last quarter. In the event of a profits recession, where hiring slows and capital additions are delayed, you can expect contractions in the broader sector.

Still, could this be a matter of improperly reading the tea leaves? If a China trade deal occurs, interest rates drop, and the American consumer remains strong, we could see the storm clouds retreat and the threats of a recession diminish. It all comes down to whether companies can get their inventory controls in line.

In many cases we use specific words to imply meaning beyond the actual statement. As an example, when transportation analysts use terms like “adjusting” or “tweaking” when they set up their forecast models, you can assume that to mean a drop in numbers. Basically, it is an easy way to avoid saying drop or raise when talking about specifics.

It is important to consider one thing, however… there is a difference between “better” and “less bad.” Considering the fundamentals, it is possible that the overall business environment is not necessarily getting better but is merely less bad. It implies that things are merely getting worse less aggressively.

While carriers and shippers consistently report a better business environment, both spot and freight contracts are lower now then they were during the last quarter. Even more, fuel and other business-related costs are on the rise. From insurance to benefits packages, trucking companies are simply spending more money. As a result, profits are on the decline.

The recent report on second-quarter financial results for publicly traded trucking companies shows that many operators are doing a delicate balancing act to moderate costs and prevent overheating. The greatest drop in data was in OTR truckloads. With some shippers under-shipping contractual freight, spot market rates are dropping.

Now the question is this: if the worst does happen and a recession occurs, will your fleet be ready? There are specific measures that trucking companies should take to ensure they are insulated from greater economic pressures.

Are We Less Bad?

It is the question everyone always asks. Is there a recession coming? Is one already here? No one ever really knows for sure, but it is not difficult to read economic data and create a hypothesis. Have there been ominous signs that a recession is looming? Whether it be trade wars, tariffs, or a crisis in the Middle East, there are plenty of things that could knock the global economy off its stride.

While it is a near-certainty that there will be some economic “cooling off” in the economy as we move into 2020, that doesn’t necessarily mean there will be a full-on recession or economic downturn. It could be a simple isolated correction to account for an overheated stock market. Yet, if you have ever heard of the saying, “Hope for the best but expect the worst,” you know it never hurts to be prepared.

If you are a decent fleet manager or motor carrier executive, you likely already know what parts of your business are vulnerable to a potential recession. Perhaps you have been meaning to address some of your core deficiencies but merely have not gotten around to it. Just ask any disaster management specialist and they will tell you that when a catastrophe occurs, there is no one single incident that causes everything to collapse.

Instead, it is usually a chain reaction that leads to a flood of problems. Yet, when broken down and taken individually, these events can be better managed. In fact, if you don’t address issues when they can be addressed individually, things can deteriorate rather quickly. So, what is an enterprising fleet manager to do to ensure their business stays insulated during a recession? Let’s look at each factor individually.

First up is fuel. Consider what is happening in the middle east right now. With the crisis brewing between Saudi Arabia and Iran, fuel prices could spike in the coming year. Another fuel factor is the fact that large ocean-going vessels will be switching to low sulfur diesel fuel in 2020. Effective fleet managers should lock in prices now with fuel vendors before prices at the pump rice precipitously.

Also look at overall business spending. When there is a lot of money coming in, businesses tend to raise spending, but when finances drop or dry up, it can be hard for businesses to dial back on that spending. It is natural to indulge here and there, but it is critical that your business reduces spending and overall costs before a recession arrives.

Is your business suffering from old equipment? If you are running older, less reliant and fuel-efficient trucks, it may be time to invest in better equipment while the economy is still doing well. You may also want to consider selling old equipment while other operators have the capital to purchase it. There is no better time to put something up for sale then now.

You also want to consider ensuring your outstanding payments are paid. Collecting outstanding payments is always such a hassle, but there are reliable ways to get your money. Whether you need to invest in a freight factoring partner or simply dial up the dialog with partners who have not paid, it is better to try and get your money now than when the economy is in worse shape.

Finally, you want to make sure you are always talking to your people. If the threat of recession gets bigger, you want to bring your people together and talk to them about the potential threat. It will be important that you adjust operational issues and address inefficiencies in your business mode. It will be far more difficult to make broad structural changes if the economy is going through a retraction.

Fortunately, in a best-case scenario, there will not be a recession, war, or other calamity any time soon. Hopefully, the gathering economic storm clouds will pass, but in case they don’t you have nothing to lose by fine-tuning and tightening up your operation. Even if there is no economic trouble, making these changes will help you create a more streamlined operation.

QuickTSI is your one-stop-shop for everything you need to run your transportation and freight logistics business. Our website allows you to post load or find trucks, post trucks or find loads, look up carrier profiles, view trucking companies, find truck driving jobs, and DOT medical examniers.