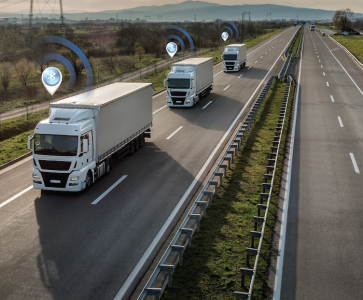 Certain trucking industry advocates are once again raising the idea of requiring all new Class 8 and Class 8 commercial motor vehicles to be equipped with speed-limiting devices. This debate seems to come up at least once a year, sometimes more, and it looks like we are in for another round as we move into the latter half of 2019.

In fact, it isn’t just certain trucking lobbies that are bringing this idea to the table, it is also sponsors in the Senate. Consider the Cullum Owings Large Truck Safe Operating Speed Act of 2019. Introduced on June 27, the bill was, not surprisingly, endorsed by a large section of trucking safety and highway safety advocacy organizations. The groups responsible for bringing this bill to the table noted that they have been advocating for speed limiters since 1992.

The Truckload Carriers Association, which has come out in support of the measure, openly stated that they represent over three-fourths of the trucking industry by revenue. Since they represent such a large cross-section of the trucking industry, they argue that their support for the Senate bill should carry greater weight. The group stated that their members support the bill; that it would make strides in improving road safety.

The CEO of TCA appeared with two Senators when announcing that they felt a speed-limiter would reduce large truck fatalities on our nation’s roads and highways. The senators were Republican Johnny Isakson and Democrat Chris Coons. While the TCA lauded the Senators for making highway safety what they called “a bipartisan issue,” not everyone was thrilled. CEO Steve Williams also reiterated his view that there really is no reason a Class 8 commercial motor vehicle should travel between 70 and 80 miles per hour within close proximity to other vehicles on the road.

The TCA has some big allies among trucking industry executives. Eric Fuller, the CEO of US Xpress stated that utilizing speed-limiting technology would reduce the frequency and severity of accidents involving large trucks. The group also pointed out that requiring speed limiters would prevent truck drivers from being coerced into driving faster just to make a shipment on time. In turn, this decreases a truck driver’s stress level, saves lives and reduces fuel usage.

Yet, some ask what the states are doing. In fact, many states already restrict large commercial trucks to 65 mph on state-controlled highways. As is the case with so many sensitive trucking issues, not every trucking industry advocacy group is on board. When asked about the bill, the American Trucking Associations (ATA) replied that they are still reviewing the bill. Still, the ATA has made no secret of its desire for a speed limiter rule, so it is likely a matter of time before they come out in support of it.

Another group that is likely to come out strongly against a speed-limiting rule and has done so in the past is the Owner Operator Independent Drivers Association. The OOIDA has made no secret of its disdain for federally mandated rules that govern how truck drivers can and cannot operate a commercial motor vehicle when they are out on the road.

On the OOIDA Foundation’s website, for instance, they clearly state that they are opposed to a mandate for speed limiters. They posit the idea that speed limiters will increase the interaction between large trucks and passenger vehicles, thus lowering overall safety levels. They also state that there is no clear evidence showing a reduction in speed would increase safety, and that high-speed truck crashes are rare events. Some are hoping technological methods will bring this issue to the fore the way other methods have not. Could something like platooning be the answer?

A new report issued by the Competitive Enterprise Institute took a hard look at both current and outdated following distance and platooning laws. With recent technological advances, many within the trucking and transportation sector are hoping that this will be their ticket into limiting the way a truck driver interacts with their vehicle.

Although some OEMs have stepped away from making big investments in platooning, it appears to be well on track for wide acceptance and adoption across the industry, it is only a matter of time. The problem is, states and the federal government need to update laws regarding following too closely. But why?

The fact is, commercial motor vehicles must be exempted from tailgating laws if platooning is going to see any more adoption. In fact, according to the author of Authorizing Automated Vehicle Platooning: A Guide for State Legislators, 2019 Edition, there are many economic and safety benefits to updating state laws that go beyond just platooning. Up to now, 20 states have either proposed or passed laws regulating the platooning of large trucks. Thirty-six states still have a way to go before they can say they are at the forefront of the movement.

But how will it work? The fact is, automated platooning and truck driver assistance technology can be a real game changer. When combined with automatic emergency braking systems, trucks can travel close together at highway speeds. This decreases aerodynamic drag and increases overall fuel efficiency. Automatic emergency braking, when combined with platooning technology, enhances road safety even when the tractors are operating outside of the platoon.

The Competitive Enterprise Institute Report also includes recommendations for lawmakers on how they could exempt speed-coordinated vehicle platooning from old laws. While FTC rules vary by vehicle class and type, most state legislators can amend their current law structure by changing one statutory section.

Currently, there are three vehicle classes for both federal and state laws. They include cars, heavy trucks, and caravans, or motorcades. The FTC classifies each following distance as a calculation between time and distance. There are also laws that require a reasonable and prudent following distance, which requires an operator to allow enough space for the vehicle to stop in an emergency. The problem is, this rule is very subjective.

Rules that are based on the time interval between vehicles prohibit drivers from following at least two seconds behind the vehicle being followed. The two second rule is only on the books in Utah and Alaska, however, so it is not the most common statutory interpretation.

Another interpretation is guided by a phrase. The driver must have sufficient space to enter and occupy without danger. This statute is most commonly used for heavy truck and motorcade vehicle classes. It is phrased as such so that other road users can pass and enter and exit the highway safely.

Meanwhile companies that are betting their bottom dollar on platooning are racing ahead in light speed. Peloton is a company that was founded based on the platooning concept. Although Daimler Truck and other big industry players have cast doubt on the concept as a whole, Peloton is one company that is moving forward full steam ahead.

Called the Automated Following system, Peloton uses vehicle-to-vehicle (V2) technology to allow a single truck driver to control two vehicles. Peloton is relying on this methodology as a unique approach. It essentially doubles the efficiency of a single truck driver. The company also states that truck drivers who are qualified to operate this tandem set up will be able to command greater pay and benefits because of their new skill.

Although some say that Peloton’s Level 4 system will cut truck drivers out of the loop, the company has come out strongly stating that, in fact, their system focuses more on the truck driver. They see truck drivers as the world’s best sensors. They hope to enable truck drivers to be more productive through an automated following platoon.

Peloton has been working on these technologies for some time, with a Level 1 driver assist system already having been proven and undergoing further testing. They currently have six customers on the system and are conducting fleet trials with another. Peloton states that the customers currently working on the system have seen an average of 7% fuel savings.

Now the question is: Will Washington D.C. act and modify existing statutes to allow greater adoption of platooning and semi-autonomous systems? Only time will tell.

No Speed Limiters, I can Not Imagine Washing ton D.C. Platooning!!! Which we always did this “back in the days” as us old-timers call it. 1978, is when I started driving, we called it a convoy. Most of the time the “stick haulers” and the west coast guys, with their big rigs and shined up reefer trailers were the leaders of the convoy. then the rest of us followed, according to how fast and how good your would pull the load…once everyone got into their position, we would be at the G.W.Bridge in a short period of time. I would… Read more »

QuickTSI is your one-stop-shop for everything you need to run your transportation and freight logistics business. Our website allows you to post load or find trucks, post trucks or find loads, look up carrier profiles, view trucking companies, find truck driving jobs, and DOT medical examniers.